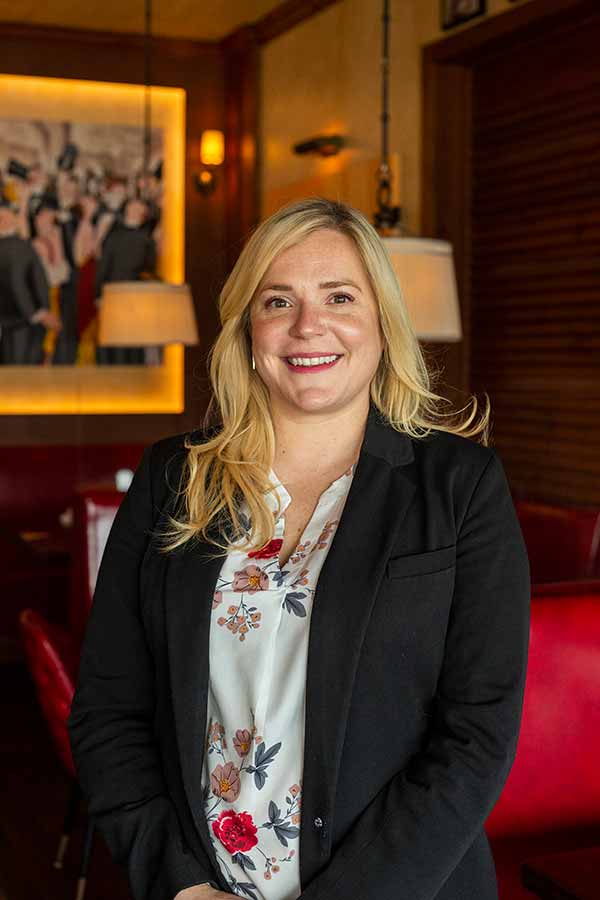 Amanda Thompson is the general manager of The Avenue Grandview. Thompson joined the Cameron Mitchell Restaurants (CMR) family in 2016 and worked her way up from a server and bartender to a supervisor at The Pearl Short North. She then joined the Cap City Grandview team as dining room manager before transferring to Hudson 29 Upper Arlington and becoming assistant general manager. In October 2020, Thompson stepped into her current role and is excited to lead the hardworking team at The Avenue.

Originally from Rancho Santa Margarita, California, Thompson first learned the importance of customer service in various jobs at Best Buy. Although, it wasn’t until she began working at Nick’s Laguna Beach that she realized her passion for the restaurant and hospitality industry. During her two years at Nick’s, she fell in love with the energy of the high-volume and fast-paced restaurant environment. Once Thompson moved to Columbus in 2014, she knew she wanted to continue in the industry and began as a server at The Rossi Bar & Kitchen before joining CMR.

Thompson enjoys working for CMR because of the company’s associates-first culture as well as the endless opportunities for growth and development. Her favorite dishes include The Pearl’s hanger steak and Hudson 29’s cheeseburger.

When asked the greatest lesson she has learned in her professional career, Thompson notes the importance of maintaining a positive attitude. “Be the person who other people enjoy being around. Always leave things better than you found them.” She also advises those interested in the restaurant and hospitality industry to make work fun and lead by example.

Thompson currently resides in Grandview and enjoys camping, water activities, cooking and going out to dinner.