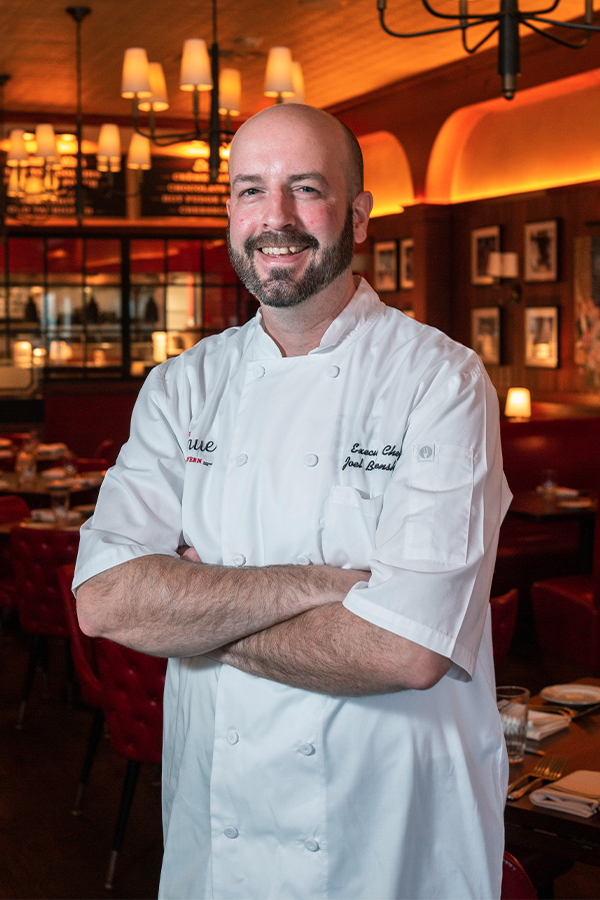 Joel Blankenship, executive chef at The Avenue Steak Tavern in Grandview, joined the Cameron Mitchell Restaurants (CMR) family in 2000 to help with the opening of Martini Polaris, which later became Marcella’s Polaris. In 2011, Blankenship transitioned his culinary skills to Mitchell’s Ocean Club as a sauté line cook before becoming sous chef of the renowned seafood-focused restaurant.

He was later tapped to help open The Avenue Steak Tavern in Dublin where he proved to be a valued asset and strong leader and it wasn’t long before he was promoted to his current position as executive chef of The Avenue Grandview.

Cooking and food have always been a prominent part of Blankenship’s life. His great grandparents immigrated to the United States from Italy when they were teenagers. They started a family that would eventually own and operate two independent grocery stores. Blankenship’s great grandmother had a kitchen in her basement where he would watch her cook and be inspired by the hard work and love she put into her meals.

When it became time for Blankenship to choose a life path, he selected the career that came naturally to him: cooking. When he was just 15 years old, Blankenship was hired at a family-owned restaurant due to his passion and desire to get his foot in the door. To build his experience, he worked in up to three kitchens at one time.

Blankenship likes to prepare comfort foods and barbeque, and says he can’t live without his knives, butter, garlic and salt. Outside of the kitchen, he enjoys fishing, attending sporting events and spending time with his two children.